What special features does Hemlock have as a material?

Short description
The wood, which in North America is known in its full name as Pacific Coast Hemlock, originally came only from the botanical species Tsuga heterophylla, a conifer related to native fir. Nowadays, however, the wood of the fir tree found in the same location is always added to the first mentioned species; both woods are so similar in appearance and technical properties that they can be used together.

Knotless lengths up to 30 m and diameters up to over 2 m, usually around 0.8 m, round and straight-edged; very old and strong trunks often with beginning rot in the inner trunk area. The dimensions for Amabilis Fir are only slightly smaller.

Color and structure
Sapwood around 2 cm wide, light grey to yellowish grey and hardly distinguishable from the usually only slightly darker interior, corresponding to a mature wood; the latter darkens in light, similar to spruce wood, slowly turning light yellowish brown. Partly with brown or light-grey stripes or grain, which, provided there is no fungal attack, have no influence on the technical quality.

Planed, dry wood shows an even matt shine on all surfaces. Pores are not present (softwood). Wood rays very small, only still visible as fine mirrors on radial surfaces. No resin channels. Annual rings on cross sections are clearly visible through the sharply defined light brown late wood on one side. It is usually narrower than the early wood of the same growth zone and, depending on the direction of cut, produces yellowish-brownish veins or striped structures, usually less distinct. Due to the often high age of the tree, the wood is often of a fine-grained structure with annual ring widths of less than 3 mm; extremely fine-grained wood is lighter and lighter. The grain is mainly straight, only occasionally wavy and leads to slightly offset late wood structures when cut lengthwise.

Deviations
Isolated with brown bark inclusions running in the direction of the fibres, which are taken into account in the grading rules according to their size and number.

Properties
Artificial drying can be carried out without particular difficulties, despite the usually high initial moisture content. Hemlock belongs to the medium-heavy coniferous woods, similar to native spruce and pine wood. It can be easily processed with all tools with only a slight dullness, but requires well-sharpened tools and careful chip removal to achieve smooth planed surfaces, in order to avoid woolly surfaces or pressure marks caused by transport rollers. Durability is satisfactory; the wood is easy to glue, nail and screw. The absence of resin in the wood should be emphasized. When freshly saponified, it often has an unpleasant, acidic odor, which disappears during drying.

Hemlock is, similar to spruce, not sufficiently fungus-resistant to be permanent in moisture-exposed areas. Ferrous metals and alkalis cause dark discoloration of damp wood.

Surface treatment
Hemlock is generally a good paint carrier and can be stained in all colours.

Areas of application
Hemlock is used especially in surface-forming form in interior design, where, in addition to low weight, an even colouring and a clear but not too strongly emphasized wood structure are important. It has proven to be particularly suitable for acoustic, ceiling and wall coverings. Other uses are as blind and frame wood as well as for interior doors, panelling and built-in furniture. A special application is the construction of sauna rooms because of the absence of resin. Permanent use in weather-exposed exterior construction is only possible after application of wood preservatives with deep penetrating effect.

You don’t want to go through the trouble of obtaining various offers, but would like to find out the recommended prices and U-values for our high-quality ENERsign®primus window? Then try our price configurator, here you can put together your desired windows as you wish and try out different sizes and designs.

All you need is the desired dimensions and window types and you can configure immediately. The window price and U-value window will be adjusted automatically, so that you always have an overview and can compare directly.

We are uncompromising in the product we offer:
ENERsign®primus elements with at least triple glazing with a U-value glass of 0.52 W/m²K and a g-value of 53%. Other designs and special glasses are available on request.

The U-value window is also called heat transfer coefficient and according to the standard DIN EN 10077 it indicates the amount of thermal energy lost through a window to the outside.

The U-value window is calculated using the formula W/(m²K), i.e. watts per square metre and Kelvin. This value refers to the entire window and defines the amount of energy per unit of time that flows through an area of one square meter when the air temperature on both sides differs by one Kelvin. The lower this value is, the less energy or heat the window emits. 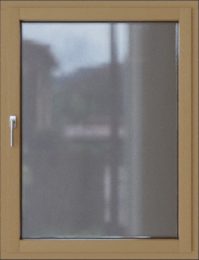 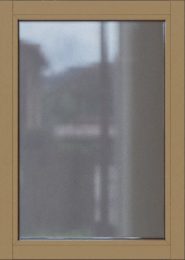 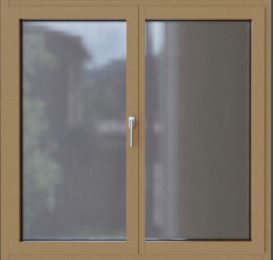 The stated lower target price applies to the ENERsign®primus profile, in spruce wood, RAL colour 7016 inside and outside, with triple glazing, single glass thickness 4 mm with a Ug-value of 0.52 W/m²K and a g-value of 53%. Unpackaged, ex works.

In our experience, the quoted upper target price covers a large part of the more specific customer requirements in accordance with the above differences and options.

The following estimate shows the possible savings potential per m² of glazed area for the different U-value reductions of standard windows and ENERsign®primus high-performance windows.

As an example an EFH with 75 m² window and door area:

(*) Strongly flat-rate estimation without differentiation for climate, orientation, window sizes etc. for an EFH with 75 m2 window and door areas.